Welcome to the Eastern Pacific Hawksbill Initiative/Iniciativa Carey del Pacífico Oriental, or ICAPO, a hawksbill turtle conservation nonprofit collaborating with a network of like-minded organizations in the Pacific coastal region of the Americas. Here, hawksbills are considered to be one of the most endangered sea turtle populations in the world.

ICAPO plans and implements research-based programs—singularly and as a partner or in alignment with other organizations carrying out hawksbill conservation in the region. Scientists estimate that the hawksbill population has declined more than 80 percent worldwide during the last century and currently fewer than 500 nesting females are estimated to nest along the eastern Pacific coastline. The ICAPO network is bringing hawksbill turtles back from the brink of extinction, creating hope for the future of the species.

ICAPO programs and projects innovate novel methods for hawksbill protection and recovery, finding solutions to current and future threats. We are known for pioneering and modeling new ways to manage and increase the hawksbill population and research their biology and habitats. Our results are groundbreaking, shifting the once bleak conservation outlook for the species and providing true hope for recovery. 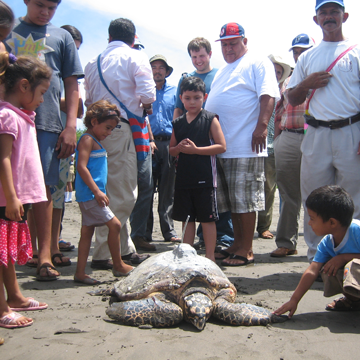 Why We Are Different

ICAPO is the only group dedicated exclusively to hawksbill conservation along the Pacific coast of the Americas, with an organic structure that thrives due to its innovative collaborative network. Each network member organization collaborates and works differently with ICAPO. 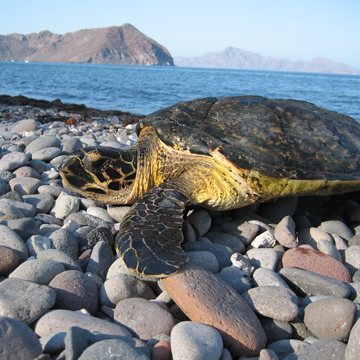 Our team approach minimizes administrative overhead to maximize the delivery of funds to where they are needed most, conservation in the field. We are researchers, educators, local community groups and businesses, volunteers, government officials and donors. Together, we lead projects that nourish the communities where these endangered sea turtles nest, hatch and live. Through our diverse network, we also conduct innovative research to revive the hawksbill population and ensure that research findings are incorporated into conservation strategies and policy. Underlying all of our efforts, ICAPO seeks to improve the socio-economic conditions of coastal communities that rely on hawksbill resources for their livelihoods. 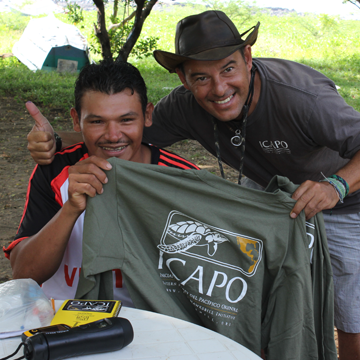 Hawksbills are designated as critically endangered by the International Union for Conservation of Nature (IUCN). The scientific community did not even believe that hawksbills still existed in the Pacific coastal region of the Americas before 2007. That year, ICAPO founders began discovering active nesting and foraging grounds in the area. These recent revelations became a catalyst for change.

ICAPO, which was established in July 2008 as a US 501(c) 3 nonprofit project, caused a shift in thinking and a focus on hawksbill conservation in the area. Administered through The Ocean Foundation to promote recovery of hawksbill turtles in the eastern Pacific Ocean, ICAPO has become a vital force in bringing hawksbills back from the brink of extinction.

Proactive, informed and diverse hawksbill experts and organizations have joined our network as partners and collaborators. Our success attracts volunteers, donors and sponsors, devising projects and programs that reclaim hawksbill locations and foster longevity. As an interactive system, we create a better future for hawksbills and the communities around them.