Home / What We Do / Hawksbill Cup 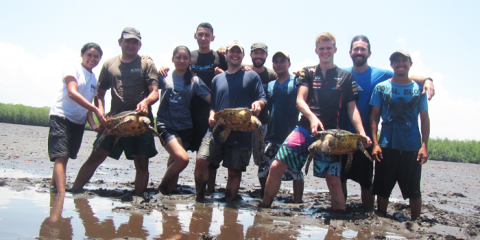 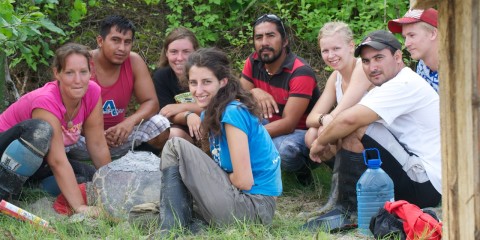 What is the Hawksbill Cup?

The hawksbill turtle in the eastern Pacific is one of the most endangered sea turtle populations in the world and 80% of their nesting is concentrated at two sites: the Bahia Jiquilisco Biosphere Reserve in El Salvador and the Estero Padre Ramos Natural Reserve in Nicaragua.

The Hawksbill Cup is a friendly conservation competition between these two sites to see which team can score the most “hawksbill conservation goals”, the final winner being the team that has protected the most nests, liberated the most hatchlings and garnered the most community participation. There will only be one winner, although we all win in terms of conservation of the species.

As part of this conservation effort on behalf of hawksbills, organizations, governments and communities in Nicaragua, El Salvador and abroad, have come on-board in support of the two teams and anxiously follow the play-by-play action each year.

Conservation goals are tracked on a monthly basis (see “The Scoreboard” below), during which the team that obtains the highest score for each category receives 1 “goal” and the team that fails to achieve the highest score receives 0 “goal”. For example, if Team EPR was to protect 98% of nests laid during the month of May and Team BJ was to protect 92% of nests laid, Team EPR would receive 1 goal and Team BJ would receive 0 goals. At the end of the season the scores are summed and the team that has the most conservation goals wins the Hawksbill Cup.

How goals are scored:

2)  Percent of events during which the turtle was seen: Of the total number of successful and unsuccessful nesting attempts, the percent of turtles measured and tagged by project staff.

3)  Total number of nests: Number of nests laid by hawksbills, whether protected by the project or extracted for consumption (unprotected).

4)  Percent of nests protected: Of the total number of nests laid, the Percent of those that were successfully protected in hatcheries or in-situ.